What I have learnt in my 8 months at Putti

I joined Putti in late September 2021, not long ago really. I came into the role as fresh as can be when it came to app development. Before that, I had a lot of experience in sales, but in a completely different industry and environment. I had worked for myself for the past 5 years and had never had an office job. To say that Putti was taking a bit of a punt on me is probably an understatement. However, I was eager to learn and with help of the incredible Putti team, I did just that quite quickly. Here’s a snapshot of a few of my findings throughout my eight months at Putti.

It is truly remarkable how often people come to us with a similar story of current/previous developers. It is crazy to me how cowboyish some people operate in this industry, even in New Zealand. We have been lucky enough to help a number of clients transition out of some not-so-optimal situations with previous developers, and these transitions have really opened my eyes to the crazy world of app and software development. The saying “You get what you pay for” has never rung so true! I’d also like to mention that if you are in this position, don’t be embarrassed or afraid to do something about it – there is probably someone out there with the same issue, and Putti has probably already heard a similar story!

Being in a sales role, I have very often been the first point of contact for a lot of inbound leads. This has given me a lot of insight into how innovative New Zealand really is. There are a lot of people with a lot of great ideas out there, spanning so many industries and helping solve a huge range of different problems. The world has seen an innovation boom across the past couple of years, and that is definitely reflected in the local market as well. Personally, talking through some of these ideas with people has allowed me to think of things in different ways, and open up new ideas that I would’ve never thought about before!

The work ethic and quality of output by the Putti team is of a very high level. It has been amazing to work with a team that is so committed to providing the best quality outcomes for the client. No stone gets left unturned, and it has been very inspiring and motivating to work with the team. It also made it very easy to be confident in our abilities to tackle any new opportunity that came through the door, as I knew the team would be able to work through it and handle it with class. The work that comes out of the team is of a world class standard, and truly does speak for itself.

I am very thankful for the opportunity to work alongside the team at Putti and dip my toes into the custom development world. To be honest, I was skeptical at first because I was going into a sales role to sell something I didn’t know a whole lot about. But before I knew it I could honestly tell anyone who asked that the team is some of the best in the country, if not the world, at what they do. The time and effort that the team is willing to put into a project in order to make sure it’s spot on, is unrivaled. Everyone consistently goes above and beyond for the client and it’s very inspiring.

Thanks again to Bruce, Chao, Sean, Moon, Jay, Marco, and John for the opportunity, and hopefully this is not the end! 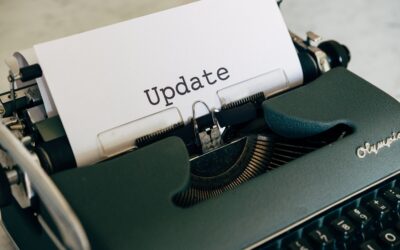 Google Core Updates: Why Is It Important for Website Owners

Google is an unbeatable search engine that regularly improves its ranking algorithm. The big changes, called “Core Updates” can be quite unpredictable and sometimes lead to dramatic shifts in...

END_OF_DOCUMENT_TOKEN_TO_BE_REPLACED

Cyberspace Is the New Frontier: Why Crypto Users Are Being Attacked and How To Avoid It

Cryptocurrency is becoming more popular, but it's also attracting scammers who want to take advantage of people's lack of knowledge.   The anonymity offered by cryptocurrency has made it an...

END_OF_DOCUMENT_TOKEN_TO_BE_REPLACED 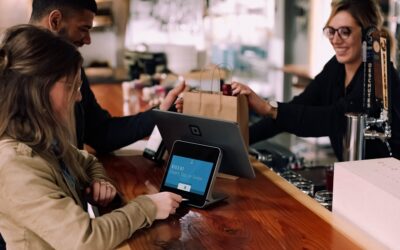 It's been a big year for fintech. Despite pandemic-induced delays, the industry has continued to grow at an unprecedented rate. This year, we can expect to see even more growth in fintech as the...